What stress is doing to your oral health

Do you grind your teeth? Here’s what you can do

When you’re stressed, the last thing you want to worry about is your teeth.

For some, stress can lead skipping out on brushing or flossing altogether, while others develop habits of teeth-grinding.

Dr. Bruce Ward, a dentist and spokesperson for the British Columbia Dental Association, told Global News that when people are stressed, they often don’t even think about oral health.

For some, stress can lead skipping out on brushing or flossing altogether, while others develop habits of teeth-grinding.

Dr. Bruce Ward, a dentist and spokesperson for the British Columbia Dental Association, told Global News that when people are stressed, they often don’t even think about oral health.

“That’s one of the first things to go,” he said. “People basically stop taking care of their teeth because they’re stressed out.”

Ward shared a story of a former patient who had developed mouth ulcers and flared-up lips. As it turns out, her stress was suppressing her immune system, allowing bacteria to cause infections.

“It’s another one you really have no control over if you got the bacteria there,” Ward said.

What else can stress do?

The worst offender, Ward said, was grinding your teeth.

Teeth grinding, or bruxism, is a common issue among adults and children. About eight per cent of adults and 14 per cent of kids reported grinding their teeth several times a week, the Canadian Sleep Society reported.

“It’s often thought to be factored in with some stress in life and I think that depending on what’s happening in your life at the time, you may undergo a period that has a little more tension and that tension can be expressed in tooth grinding.”

Grinding your teeth can impact not only your teeth, but your jaw as well, he added.

“It can harm the teeth in a number of ways, the most obvious being the surface of the tooth,” Levin continued.

“The enamel is worn off and the tooth becomes a little thinner. When that happens, the tooth is more prone to decay, having an easier access into the tooth. Tooth sensitivity to hot and cold things or to more acid things like citrus can be more irritating to people who grind their teeth.”

Ward added he has seen patients who avoided seeking help from a dentist and ended up breaking a majority of their teeth.

“When you ask somebody to grind during the day when they are awake, they can’t do it,” he continued. “But they can grind for hours at a time at night,” adding it makes a horrible sound.

He said teeth grinding also adds further stress to the joints in the mouth or causes clicking of the jaw. If you are often stressed and live alone, you should check with a dentist to see if you actually grind your teeth — some people are often unaware.

Symptoms to watch out for include raggedy and sharp front teeth. Treatments often include using a mouth guard.

The BC Dental Association also added dry mouth is a side effect of stress, but also the result of the medicines used to treat stress or depression.

“The mouth’s first line of defence against bacteria is saliva, and without it there is an increased risk of tooth decay, gum disease and infection,” the association noted.

And similar to canker sores, stress can also lower your immune system and increase the risk of gum disease.

“TMD affects the jaws joints and groups of muscles that let us chew, swallow, speak and yawn. Symptoms include tender or sore jaw muscles, headaches and problems opening or closing your mouth. Bruxism is a major cause of TMD — clenching your jaw muscles can cause them to ache,” the site noted.

Ward said addressing your oral health means understanding your stress first. “You have to look at the stress that you are under and how you are going to alleviate that,” he said. “Once you get a handle on that, your oral symptoms will start to disappear.”

If you see a physiotherapist, you should also bring up issues like teeth grinding. Some physiotherapists, he said, will offer exercises you can do during the day when you aren’t wearing a mouth guard to alleviate daytime stress. You should also update your current therapist or counsellor to see how else you can manage your day-to-day stress.

Additionally, if you haven’t seen a dentist, book an appointment.

A dentist can reveal other oral health conditions you may not be aware of, as well as the current state of your teeth, gums and jaw. 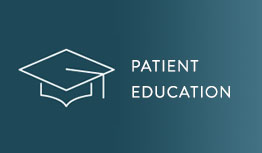 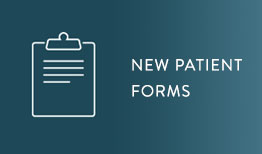 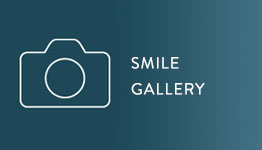 Dr. George is known for an interactive diagnostic approach where you, the patient, will be involved in customizing and individualizing your treatment.

Give us a call and we will be glad to answer to all your oral health concerns.

Dr. George is known for an interactive diagnostic approach where you, the patient, will be involved in customizing and individualizing your treatment.

Give us a call and we will be glad to answer to all your oral health concerns.

We appreciate the trust you have placed in us by choosing our office to provide your dental care. On our behalf, we welcome you to our practice! We look forward to serving you!